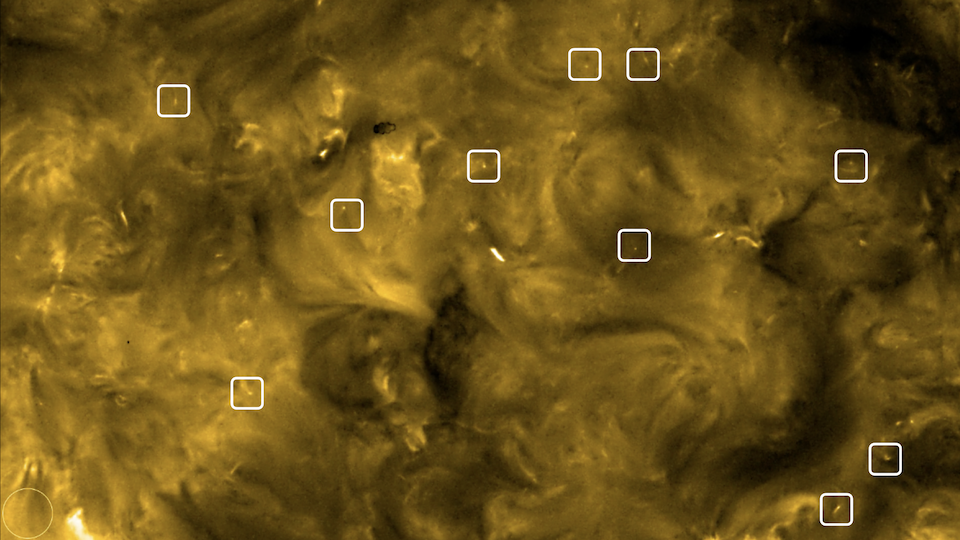 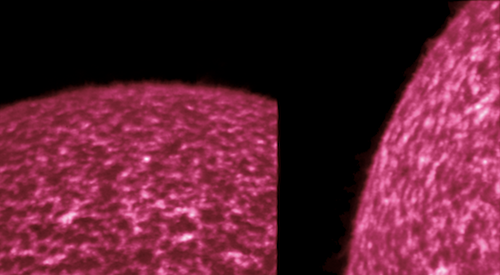 The first images made by the telescope EUI onboard the space mission Solar Orbiter are released. The EUI instrument, under Belgian lead, discovered campfires on the Sun.

The high resolution images of EUI, the Extreme Ultraviolet Imager, were exactly as expected. In fact, they were too good to be true and extremely sharp. This is the very first space mission for which the testing of the spacecraft and the instruments had to be performed from home due to the COVID19 pandemic. The relief after the successful testing and ‘first light’ observations was enormous.

Solar Orbiter makes one complete orbit around the Sun in 168 days. The point of the orbit that is closest to the Sun is called ‘perihelium’. At perihelium, the speed of the spacecraft approaches the speed with which the Sun rotates around its own axis. While the spacecraft hovers closely above the solar surface, the onboard cameras are in an excellent position to photograph the solar atmosphere. The EUI cameras could make images overwhelmingly rich in small details. David Berghmans: ‘It is like zooming in on the iconic blue marble Earth and suddenly you see details which you never had expected: rivers, cows, a road with cars, smoking chimneys. This is exactly what we see here: we can see how our star works on a micro-level.’

Solar Orbiter was launched on February 10, 2020, and carries 10 instruments in total. After launch, all the instrument teams prepared to test their instruments, both the hardware and the software, in the way it is usually done, however COVID19 had different ideas. The control room in Darmstadt, Germany, set-up for the commissioning, had to be closed. The ‘switch off’-buttons of all space instruments were literally pressed, a horrible moment for everyone. But after one week, it was decided to restart, with minimal staff in a fully COVID19-proof way. The rest of the work was performed from people’s homes. Teleconferences became the norm. Commands to operate EUI were given from living rooms, home offices, bedrooms … Nobody would have dared to plan it in such a way: with the team spread over several continents. The advantage was that everybody was only a mouse click away and always immediately available to search for solutions to problems that occurred during the tests. The test phase ended successfully on June 25 during an official online ‘Mission Commissioning Results Review’ meeting with more than 50 participants. The EUI team can look back on a very intense but efficient test period.

Everybody is looking forward to the new data to come. However, contrary to previous missions in which the EUI team members have participated, the distance between the Sun and the spacecraft is continuously changing. They will have to get used to the fact that the images that EUI makes are uniquely continually changing, as EUI takes pictures of the Sun from a different angle each day. At one moment, the Sun fills only part of the images, while, a few weeks later, the Sun fills the complete image. The team is excited to edit, analyse and interpret the new images. New science is on the way!